Bill Gates is getting divorced after 27 years of marriage 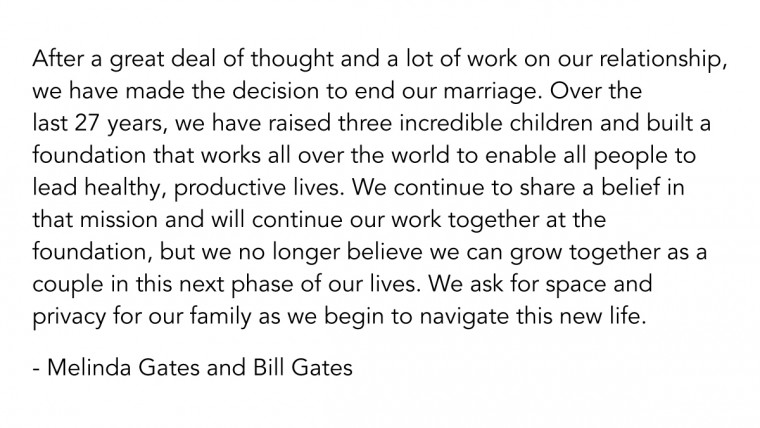 Bill Gates is one of the wealthiest men in the world, and at a reported net worth of 130 billion, it will be interesting how it’s divided after the split. Bill met Melinda at a trade show in the late ’80s, and she later went on to work at Microsoft in the early ’90s. She left the company in 96 to focus more on the family and the foundation they started together. Next to Jeff Bezos, this will be the most significant wealth divide the world has ever seen.